Today we are going to talk about writing code comments. I will share my view on comments and provide you with some best practices (or worst?) for commenting code.

Why do we write code comments?

In theory, we use comments to explain some complex or not clear enough parts of our code. We aim to make them easy for understanding for the other developers and us in the future.

Everything sounds great, but in practice, things get a lot different. Reality shows that we often write comments to explain a poorly written code that we are lazy to refactor. That’s a pure truth. So in most cases, existing comments are entirely useless and should not even exist.

In my view, it is better to know when not to write a comment instead of when to write one.

Do I hate writing code comments?

Sure! But I don’t think that they are useless. Comments are like salt. You should be very careful when and what amount you are adding.

I hate when I open a code file, and Visual Studio lightens up entirely in green. In most cases like this, you should be ready to read poorly written, bloated, and complex code with not-so-well-supported documentation. Cheers!

So when not to write comments?

Do you find it helpful? Of course not. The problem with this pointless comment is that after describing the 100th variable, your code becomes very hard to read. You lose readability in a trade-off of… nothing.

You can relate that rule to any comment regarding classes, methods, parameters, etc.  Here is another example:

Do not translate code into comments

Often you will see some simple algorithm described with multiple comment lines. This rule is part of the one above, but it deserves its place because it is widespread.  Here is an example.

When you catch yourself translating code into comments, stop! Either you do not need the comments, or you have to refactor the code.

If the nature of the code/algorithm is complex enough, again, refactor, refactor, and only after that write comments if they are needed.

If your comment is not clear enough, don’t write it

If you can not explain something simply, that may be a sign of a bigger problem. Don’t write unclear and lengthy comments. Check your code. In most cases, you will find a need for refactoring.

I have come across terrible examples of how not to write proper software documentation. One of the most improper ways is to put hundreds of comments lines at the module’s beginning describing the entire application “architecture” (or any other documentation). I am not kidding you, and this was a real case. There is so much wrong with that that I even do not have the power to explain. Just don’t do it!

With the current state of technologies, this is just not needed. If you do not use some version control system like GIT in your project, you have a bigger problem than the quality of code comments.

Don’t use comments for separators

This type of comment is a code smell—a big one. We do not use comments to separate code. We refactor our code into smaller, well-tailored code structures (modules, classes, methods, etc. )

Should I even bother with writing code comments?

Of-course! We don’t even need to comment on it (pun intended).

But comments should be meaningful and only where necessary. The problem is that it is hard to know where it is that necessary. 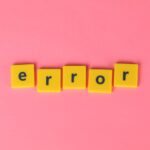 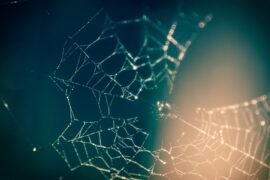